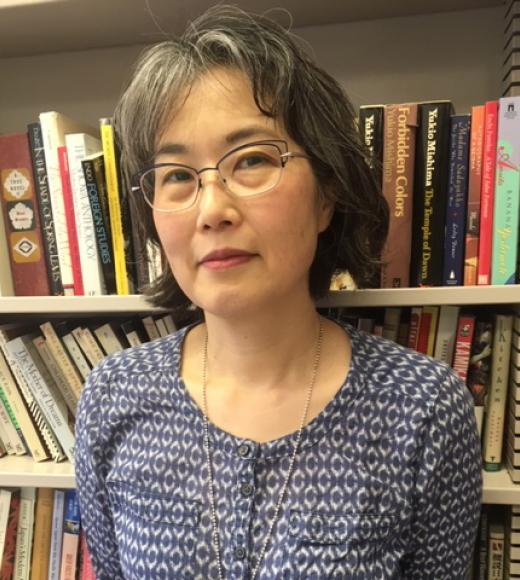 My research is primarily on modern Japanese literature but I also work on early twentieth-century sexology in Japan, the U.K. and the U.S. As a scholar I am particularly interested in how literature and history intersect, and I examine texts as part of a broader network of cultural discourses that produce and rework vital ideas within specific historical moments.

In my first book, Becoming Modern Women: Love and Female Identity in Prewar Japanese Literature and Culture, I examined fiction by women writers in conjunction with a range of non-fiction writing about love, such as love treatises and early feminist texts. Focusing on same-sex love, love marriage and maternal love—terms newly created in Japan during the early twentieth century—this book explores how modern female identity was imagined and constructed during the 1910s-30s.

In addition to research on various Japanese women writers, I have also written on representations of women in both canonical and popular literatures. My areas of interest in early sexology include same-sex sexuality, sex difference, chastity, concepts of gendered ailments, and the influence of Western sexology in Japan. My current project (see below) is in the area of kimono studies, object studies and twentieth-century Japanese literature and film.

Reading Material: The Kimono in Twentieth-Century Japanese Literature and Film (tentative title) [Under contract with University of Hawai'i Press]

“Consumption and Leisure: An Intratextual Reading of Hisao Jūran’s Kyarako san.” Proceedings of the Association for Japanese Literary Studies, Volume 7, 2006: 78-84.

Currently, I am completing a book tentatively titled Reading Material: The Kimono in Twentieth-Century Japanese Literature and Film (under contract with University of Hawai'i Press). It explores kimonos as “materials” to be read in depth, in order to fully understand literary and visual texts from the 1940s-2000s. My project examines how this garment “speaks,” telling various tales about characters, hidden aspects of plots, censorship, gender politics, class conflict, wartime and postwar historical changes, and intertextual play. By excavating such “kimono language,” I present a new history of modern kimono and its cultural representation, and also contribute to the theoretical field of object studies, recuperating inanimate objects as a critical part of human lives and experiences.