Article by Mihoka Fukurai, President of JLCC and the Chair of this year's Student Day Committee
Pictures copyrighted to Alex Shimotake and used with permission (photos of the event can be viewed at his Flickr album)

Wednesday, May 17th, 2017 was the 16th annual Student Day at UC Davis. Student Day, written in Japanese as “学生の日”, was held at the Walter A. Buehler Alumni Center and was hosted by the UC Davis Japanese Program and the Japanese Language and Culture Connection (JLCC), a student-run club on campus. Student Day enables staff, students, and friends alike to gather and celebrate Japanese language and culture through various skits and performances. With the dedication and energy of our volunteers and staff, this year's Student Day was another great success. The performances and the energy of the event displayed the enjoyable and welcoming atmosphere of the Japanese Language Program and its members.

UCD Bakuhatsu Taiko-Dan opened the Student Day festivities with two explosive sets. The powerful beats of the drums shook the Alumni Center and wowed the audience. 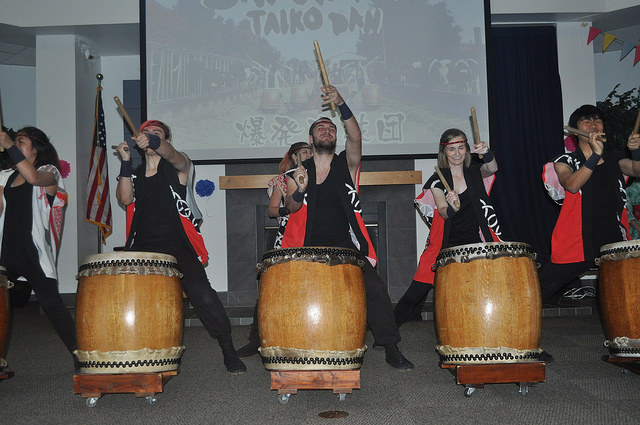 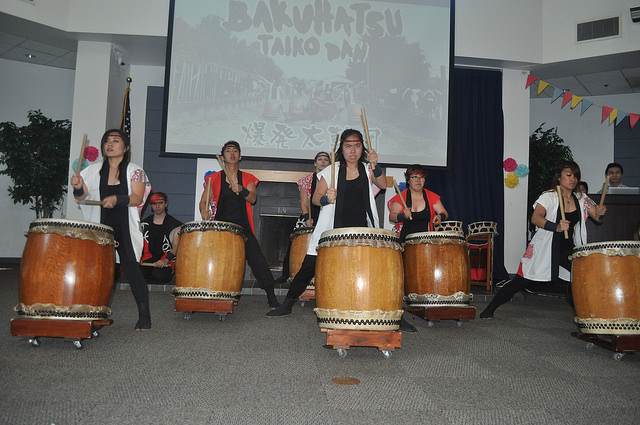 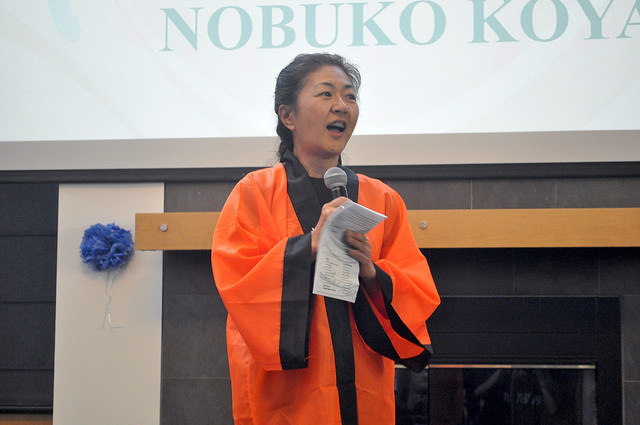 After the opening remarks, the Japanese Language instructors demonstrated a highly skilled dance called the “Algorithm Exercise,” which involves precisely timed movement and teamwork and then performed the san-san-nana byoshi, a traditional Japanese dance. 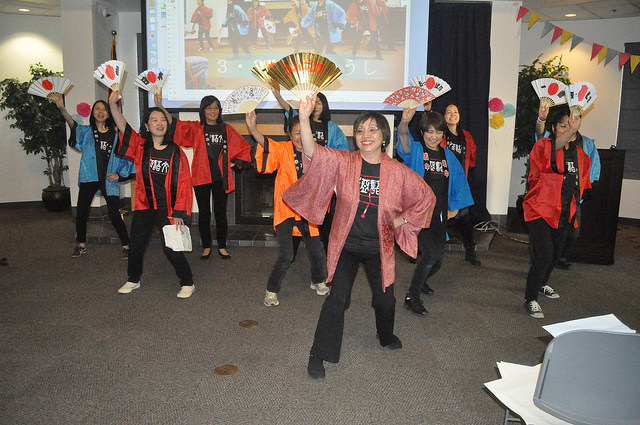 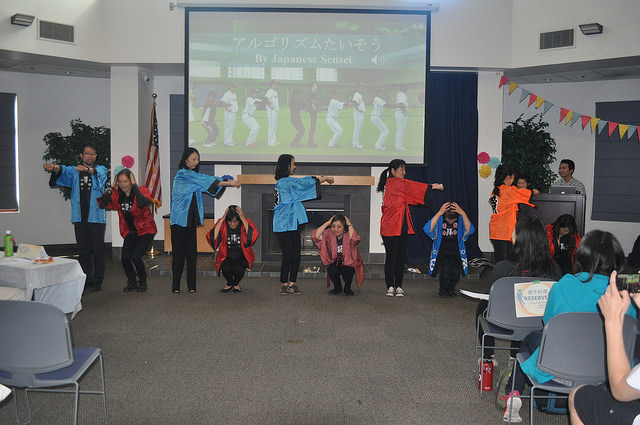 After these performances, we were treated to skits performed by various JPN 003 and JPN 006 sections and musical skits by JPN 113 students. JPN 003 and JPN 006 students performed skits from their sections demonstrating their Japanese knowledge and creativity. The students took their Japanese skills to entertain the audience members through dramatically entertaining skits. Some skit characters experienced death and met spiritual beings, while other skit performers planned their vacations. JPN 113 skits performances followed the JPN 006 skits, where students incorporated a song into their skits. A popular AKB 48 song and the Japanese version of “Country Roads” were both performed, enchanting the audiences with the students’ voices.

Sakakibara-sensei performed her original song, “Nihongo no Uta” as the audience sang along. The song brought back nostalgic memories of the challenges and joy experienced in Japanese class. 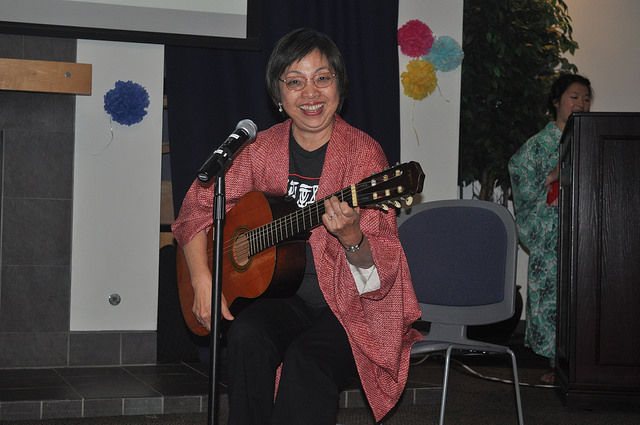 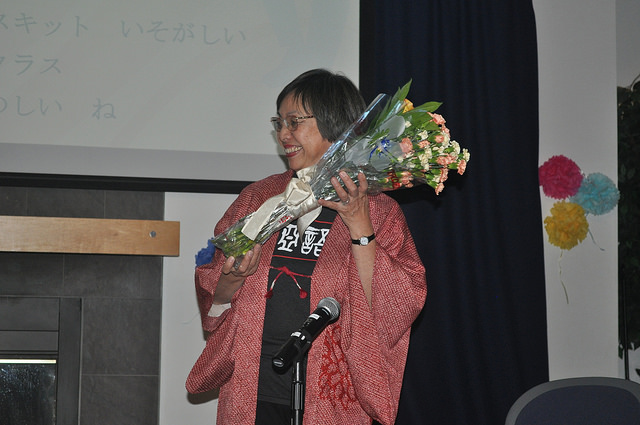 The Kendo Club demonstrated their skill through their kata, or forms, and an entertaining practice match between the President and Vice President of the club. The demonstration captivated the audience with the intensity and beauty of the movements. The night concluded with the awards ceremony followed by a light meal where students and staff enjoyed each other’s company. 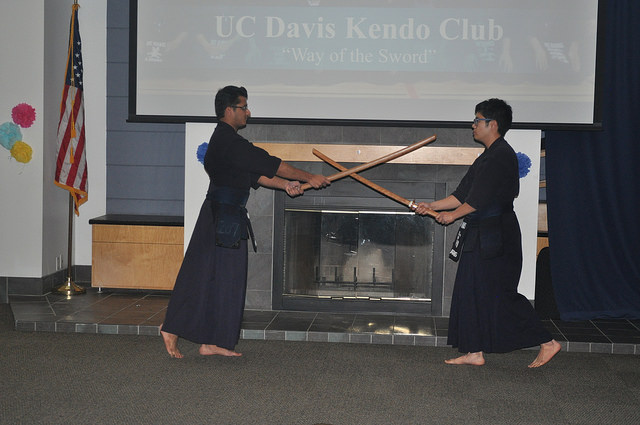 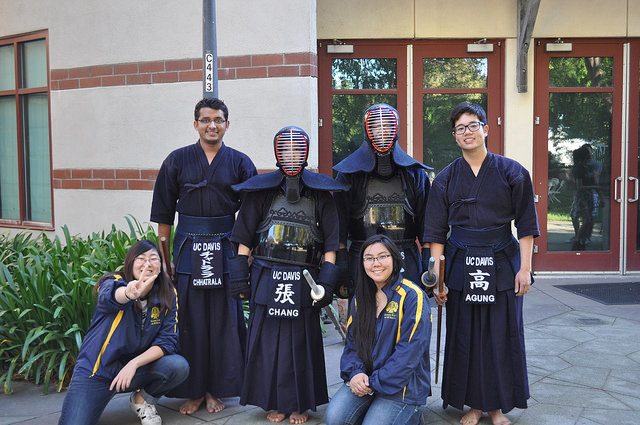 Thank you to all the Japanese teachers who have contributed to this rewarding event and have developed in students the critical language skills needed to express themselves creatively and amusingly through their skits.

We hope to see you next year!